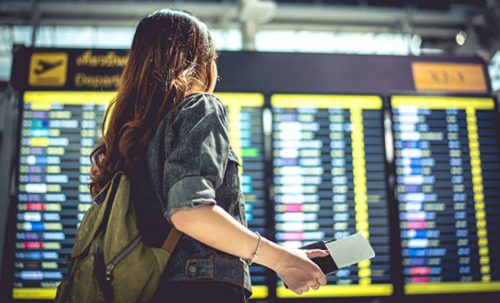 London, United Kingdom, July 28, 2021 / TRAVELINDEX / The UK’s economic revival is being hampered by the lack of inbound travel while flights to amber list countries take off, says the World Travel & Tourism Council (WTTC).

The warning comes from the global tourism body, which represents the global private Travel & Tourism sector.

New data collected by travel and analytics firm and WTTC knowledge partners, reveals the highest week-on-week percentage increases in tickets booked were to Germany, which were up by 113%; to Croatia up by 69%; Sweden by 68%; Portugal by 65% and Albania, up by 64%.

The data shows airline tickets booked for international trips out of the UK increased an average of 24% in the week to 13th July, compared to the previous week.

Weekly flight tickets for future travel from the UK to traditional destinations have exceeded pre-pandemic levels, with Greece the most popular destination, up 211% compared to 2019.

The Bahamas follows closely, with tickets up 161% on pre-pandemic levels. Croatia has also reached pre-pandemic weekly ticketing levels in the last week (107%) while tickets for travel to Spain, which reached 88% of 2019 levels, are fast increasing.

While this was good news for land-locked Brits, desperate to enjoy a much-need summer holiday break, the British economy which relies on international visitor spend will have been left in the doldrums by the lack of reciprocal inbound travel.

Based on 2019 levels and despite the rise in domestic holidays, the lack of inbound international visitors through July, due to concern over rising coronavirus cases and the UK government’s strict quarantine rules, could rob the UK economy of a staggering £639 million each day.

Virginia Messina, Senior Vice President WTTC, said: “The UK’s economic recovery is going to continue to be hampered by the lack of inbound international visitors while UK travellers are leaving the UK in increasing numbers.

“Whilst staycations are helping boost the economy, it is not nearly enough to replace the £639 million which is being lost every day.

“If the situation continues, the UK will lose out on much needed revenues which international travel provides, benefitting every level of the economy far beyond the Travel & Tourism sector.

“If every day travel is curbed, more cash-strapped Travel & Tourism businesses face even greater strain pushing them to the brink of bankruptcy. Meanwhile, Europe enjoys the financial benefits of British travellers returning to their markets.”

According to WTTC’s 2021 Economic Impact Report (EIR) international visitor spend in 2019, before the pandemic struck, added a staggering £35.6 billion to the UK economy, or 4.9% of total exports.

This slumped to £10.1 billion in 2020 as the impact of travel restrictions wreaked havoc around the world, contributing to just 1.7% of total exports. This represented an eye-watering collapse of 71.6%, or £25.5 billion (need the figure in pounds, sterling).

WTTC has recently revealed that international Travel & Tourism industry leaders have backed their four new guidelines to restore international travel safely to save the millions of jobs and livelihoods which depend upon the sector, while providing a boost for the global economic recovery.